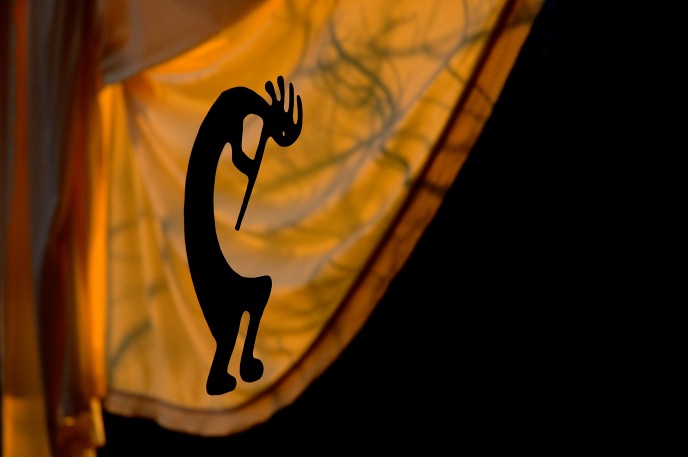 Kokopelli the Hopi Hump-backed flute player whose image is found throughout the Southwest dating back to the times of the Anasazi cliff dwellers. A symbol of fertility for the many peoples of the Southwestern Native cultures his image is still relevant today. This photograph happened one evening around sunset as I stepped onto our side porch and was taken by Kokopelli’s shadow as it was revealed on a bed sheet that was hanging on the clothes line. A clear example of how an image can call to us rather than going in search of one. This method of working photographically has become my way of choice for many years now and has gifted me many images that would not have been revealed and recorded had I taken the familiar road of predetermination.